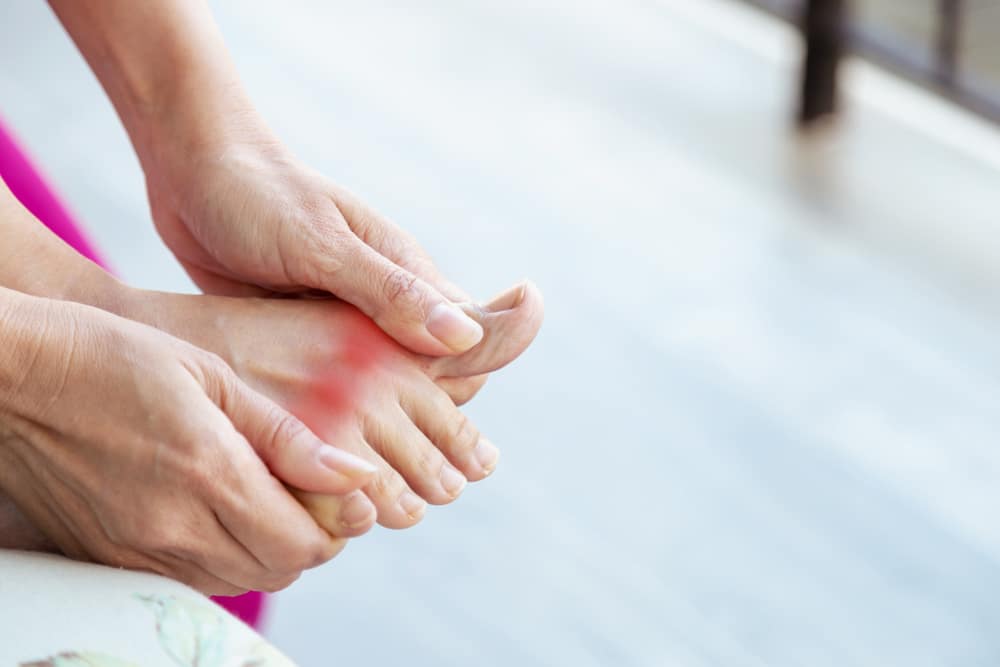 Gout is one of the most prevalent medical conditions in the US, affecting an estimated 9 million Americans. And with it being a type of arthritis, the symptoms of gout are more or less similar to those of the former. Periodic attacks of pain (mostly in the joints), and unending swelling in the toes and joints are a painful fact of life for many gout patients.

If you suffer from gout, you may have heard from your doctor that a high concentration of uric acid in the body is the main cause of these pain attacks. So, what is uric acid? And what causes its concentrations to spike? Well, let’s find out…

What is Uric Acid?

Uric acid is basically a waste product, produced as a by-product during the breaking down of purines – a type of chemical found in foods like red meat, seafood, and beer.

In low concentrations, the acid is easily excreted through the GI tract and kidney. In large concentrations, however, the kidneys can get overwhelmed, leading to the compound accumulating in the bloodstream.

At levels above 6.8 milligrams per deciliter (mg/dL), the bloodstream may not be able to contain the acid. As such, it settles in the joints, tendons, and under your skin. Thereafter, it solidifies and takes a needle-like form. What you know as “gout attacks” happen when these sharp crystals accumulate to a level where the pressure they cumulatively exert on the joint is high enough to register on your nervous system.

It is widely accepted that gout is best managed by a 2-pronged approach as follows:

Although its use among gout patients remains low, allopurinol is a very effective drug and also happens to be relatively inexpensive. According to rheumatologist Brian Mandell, MD, PhD.,  the number of people on the drug is “too few”. “And (even) when people are started on therapy, many are not monitored for the lowering of the uric acid and treated to the effective target level,” he says.

Indeed, there is enough scientific proof to back Dr. Mandell’s views. For starters, less than 38% of gout patients achieve the recommended uric acid level of 6 mg/dl and below, according to a recent study. And according to a different study, only 38% of patients took allopurinol, with many of them stopping their treatment routines. “People with gout may not realize that this is a chronic disease, and we can cure it,” says Dr. Mandell.

Once you start your urate-lowering therapy, maintain it until your doctor gives you the go-ahead to stop. Consistency is, according to Dr. Mandell, your best bet at dissolving the uric acid deposits and subsequently preventing future flares.

Avoiding seafood, beer, and other purine-rich foods will not work as effectively as using urate-lowering meds. According to research, dietary changes have little effect on uric acid levels and only a consistent drug regime can help prevent future attacks.

Looking for an arthritis doctor in Queens, NY? Contact us today!